“Hopeless as a penny with a hole in it.” These were the words of some Kamdini residents to describe Robert Moro as they knew him a few years ago.

You would be hard-pressed to recognize him anymore based on that description, and these days his neighbors are the ones seeking him out for help.

Survivors of the LRA

In the wake of Joseph Kony’s uprising and the Lord’s Resistance Army’s rampage across Northern Uganda, Robert and his family settled in Kamdini, battered and stripped of almost all their earthly belongings.

While he and his wife were believers, seeing God’s purpose in their lives at that time was difficult. They had survived a living nightmare, and they teetered on the brink of not being able to provide basic necessities for themselves and their seven children.

When World Challenge workers came into the area, Robert heard about the classes they offered and immediately grasped the opportunity for his family to escape their current situation.

“I was amazed by how the lessons showed that a life with God also integrated the life skills that were being taught to us,” he described those first trainings. “This is what I yearned for. God was answering our prayers and talking to me directly through the trainings.”

He suddenly knew God would make a way for him to be able to raise his children well and build a strong family.

A Hope and a Future 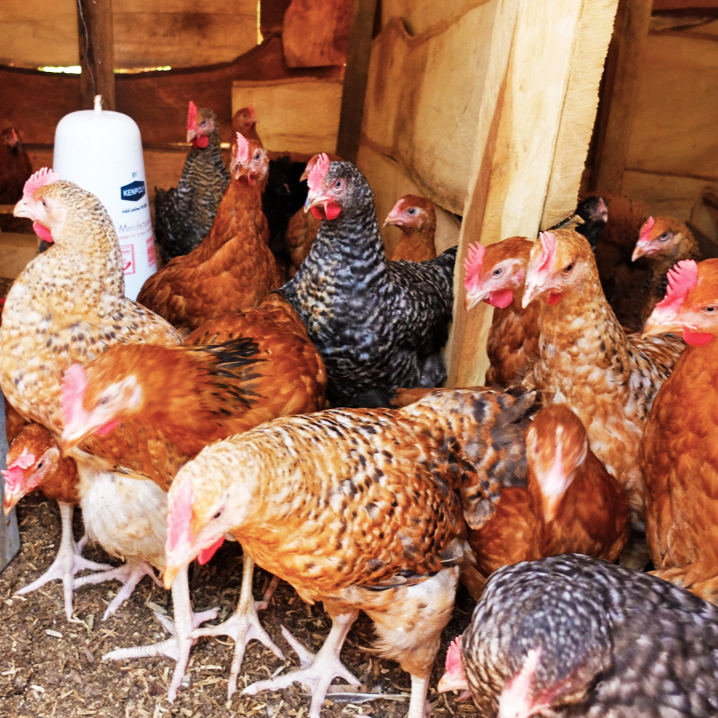 When Robert joined the community ministry training, the family’s fields weren’t providing enough to feed the family, and there was little or no money to be buying extra food.

“We got involved in all kinds of classes. Everything from disease prevention in both animals and humans to good agronomic practices for crops,” Robert explained. “My wife and I learned about ginger planting, bee keeping, chicken rearing, energy saving stoves, tree planting for both environmental conservation and for food like citrus, mangoes, jackfruits, pawpaw and soursop.

“All of this helped me and other people in my village generate income to improve their families’ welfare and save for the future.”

Soon, Robert and his wife were growing enough crops to make sure there was not only food on the table but also a surplus to sell. They used this money to send their children to school and begin saving.

Once their children were all in school, Robert’s wife seized the opportunity to blend the agricultural and economics lessons they’d learned. She founded a small restaurant in their town’s trading center, making good business and bringing in extra income for the family.

Meanwhile, Robert acquired 60 Kuroiler chicks, a hardy hybrid chicken that can thrive in harsh rural environments. These birds can grow to double the body weight of indigenous Ugandan chickens and produce five times the number of eggs.

He anticipates that his flock will grow to 300 by the end of this year and provide another excellent source of income for his family.

Deeply encouraged by the blessings he was seeing, Robert began going out and encouraging others in his community to come learn more about God and how he could change their lives too.

One particular neighbor was a known alcoholic and regularly violent to his wife and children.

Robert approached him and began talking to him about God, inviting this man over to his house. He explained how God has the power to transform believers and began sharing the lessons he’d been taught to his neighbor.

Eventually, this man turned to Christ, and he was able to leave drinking and began implementing the practices he’d observed Robert follow.

Today, Robert Moro is among the top ten community evangelist champions in his region and has become a local trainer, sharing the lessons that helped to revolutionize his own life with others.

“What more can I ask for?” he said, a smile lighting his face. “I’m at peace with my God, myself, my environment and my neighbors.”